What is the Difference Between Bitcoin and Ethereum?

What is the blockchain?

To understand any cryptocurrency, one must first understand the underlying technology. Blockchain technology is what makes cryptocurrency possible. A blockchain is a public, decentralized and distributed ledger that records all transactions within its system, for example, the bitcoin system. Blocks are sections of information about transactions that are uploaded to the chain in a chronological order. Because of its distributed and decentralized nature, the blockchain can not be hacked or corrupted by third parties and it experiences no down time.

This level of security and transparency makes blockchain technology attractive to many industries for a variety of reasons. The simplest and most obvious of these is currency or value transaction, which is most famously exemplified by bitcoin.

Bitcoin refers to both the digital currency and the network the currency works on. It was invented in 2008 by Satoshi Nakamoto, an unknown person or group. The currency was launched at the start of 2009 and since then has grown in value. While still highly volatile, bitcoin has consistently been worth around $10,000 USD for the last couple of years.

Bitcoin is a completely virtual currency where the balances are associated with public addresses and can only be sent or received using private keys to their associated public addresses. While these balances and transactions are publicly available on the blockchain, users are protected through encryption and distributed consensus. A transaction is only made official and copied into the blockchain when the distributed network comes to a consensus. This prevents any one party from falsifying records and forces the entire network to be transparent without the need for trust.

Ethereum is a newer player to the crypto scene, and it differs to bitcoin in its purpose. Ethereum was launched in 2015 and while it uses blockchain like bitcoin, it is much more than a digital currency. The Ethereum network facilitates the development and running of decentralized applications, or DApps. These apps experience all the benefits from blockchain technology such as no downtime and no interference, control or fraud from third parties. The first and most common of these applications are Smart Contracts.

Applications on the Ethereum network are run by ether. Ether is used as both a cryptocurrency and internally on the network to run DApps.

What is the difference between Bitcoin and Ethereum?

While there are several technical differences in how bitcoin and Ethereum are coded, built and ran, the main difference is their purposes. While bitcoin is solely a digital currency, or an alternative to fiat money, used for value store or transactions, Ethereum promises a range of varying uses. The Ethereum platform allows peer-to-peer contracts with total transparency removing the need for trust or a middleman. Distributed applications have the ability to increase security, efficiency and ease of use within countless aspects of business and everyday life.

While Ethereum builds on the blockchain technology first founded by bitcoin, it does not directly compete with it. Bitcoin and Ethereum have their own purposes and they really only compete on the trading market. Understanding each cryptocurrency is crucial before you become involved with either of them. Additionally, it’s also important to understand the uncertainty and volatility of the crypto market. 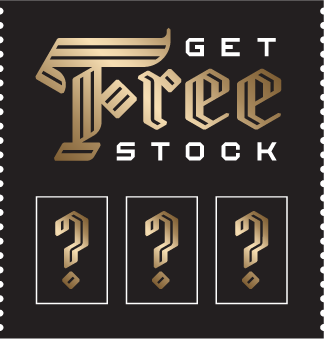